The cost of not finding bin Laden 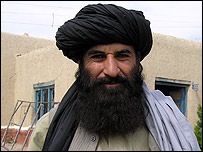 He’s the new leader of the Taliban in Pakistan, and he’s also called Omar. They are in full control in Waziristan, dominate Pakistan’s Federally Administered Tribal Areas (FATA) and have extended their influence into several districts of the North West Frontier Province (NWFP). They are up to the same routine — forcing women into veils, men into beards, and musicians and intellectuals into eternal silence. The Pakistani army is fighting in these areas but it is not, as Gen Musharraf represents, engaged in the war against terrorism. It is fighting to assert control over these areas. The tribesmen of the Frontier are fighting for various reasons: violation of their autonomy, Islam, melmastia or simply vengeance. But they are fighting under one banner — that of the Taliban.

Haji Omar said the Taleban have no quarrel with the Pakistan government.

“We understand that Pakistan attacks us only under American pressure.”

“Instead of bombing its own people, Pakistan should tell the Americans to leave Afghanistan,” he concluded. [‘BBC’]

In fact, this is the very argument that Imran Khan is putting forward.

Today Pakistan army is treating them no differently from how the Americans are treating the Iraqis or the Israelis the Palestinians. Even the terminology used by our government is the same â€” â€˜miscreantsâ€™, â€˜terroristsâ€™, â€˜foreign militantsâ€™, â€˜Islamic extremistsâ€™, etc….Yet despite the strict press censorships and a complete ban on any independent enquiries, it has emerged that now the Pakistan army is pitted against its own citizens and the foreign element is insignificant.

The awful fact is that the tribesmen have risen up against our army. The more â€œextra-judicial killingâ€ our army does the more the ranks of the tribesmen fighting our army grows, revenge being an integral part of the tribal culture.

Pitting our army against our own citizens at the behest of George Bushâ€™s neocons (war on terror is perceived by the vast majority of our population as a war against Islam) by a general to secure US support for his dictatorship, has raised many questions about the role of the Pakistan army. [Dawn]

Concerns that the Taliban will ‘take over’ Pakistan are as far-fetched today as they were after September 11, 2001. It is one thing to fight a guerilla war on home ground in the remote mountains of FATA. It is quite another to fight the Pakistan army on the plains of the Punjab. What is likely, however, is that the NWFP and FATA will remain under their sway, making the hunt for Osama bin Laden all the more difficult.

Musharraf himself cannot halt the operations against the Taliban and tribal rebels due to his commitments to the United States. But the longer he stays the worse it gets for him and his army. There’s a way out. That is to produce bin Laden. Or is it that the benefits of not finding bin Laden are worth losing FATA?