The geopolitical project of the 21st century

There is a certain clarity in K Subrahmanyam’s arguments: 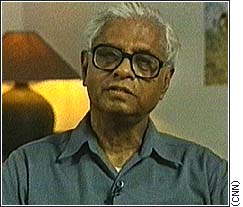 The Chinese strategy of dominating Asia, which all other major powers view with concern, needs India to be kept tied down perpetually by a nuclear-armed Pakistan. The reason why liberating India from technology apartheid sponsored by the US is popular with Russia, France, UK, France and Japan is their desire to see a balance of power in Asia. In the 21st century it is not envisaged there will be wars among major powers. But there would be a constant balancing of power. China when fully developed can only be balanced by a billion-strong India if it develops itself. The other major powers of the world have a vital interest in this. Hence, the US nuclear agreement, India-specific IAEA safeguards and NSG waiver.

Will India accept this opportunity and help the world to balance China â€” a neighbour posing a surrogate nuclear threat to this country â€” or continue to talk only of US imperialism? India can stand up to US dominance, but it cannot wish away the India-specific nuclear threat emanating from a Chinese-armed Pakistan. [TOI]

9 thoughts on “It’s about balancing China”